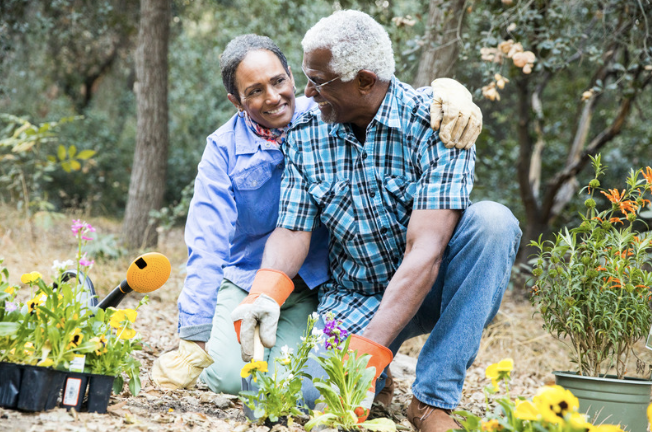 Much conversation and focus within the long-term care and advance care planning arenas centers on averages. Statements such as, “the majority of Americans do not have a will” and “less than half of us will be able to afford aging in place”; while sometimes useful statistics, can be misleading. In exploring specific subgroups, preparation and access are further limited by access, affordability, and stigma surrounding care. Here, we will explore three large sub-groups or communities of the United States population and the specific challenges these individuals face due to experience and identity.

In the United States, one in four Black and Hispanic people age 60 and over report they have received unfair treatment or have had their health concerns dismissed by health professionals because of their racial or ethnic background. As a result, Black and Hispanic individuals are too often not receiving the type and quality of care needed with age and are less likely to seek necessary treatment due to expectations that the current health system will not meet their needs.

Discrepancies also exist for Black and Hispanic Americans in estate planning and end-of-life documentation. Both Black and Hispanic individuals are less likely to have a will or advance directive in place than white individuals. This is, in part, due to the wealth gap between white and non-white Americans; the median household wealth for Black Americans is just 12% of white households, and for Hispanic households median wealth is about 21% of white counterparts. One commonly cited reason for delaying will creation and estate planning is a sense  there is not enough to leave behind – a feeling more prevalent amongst poorer, marginalized communities. This creates a massive gap in the quality of end-of-life care; because, without documentation, individuals are unlikely to have their wishes respected and acted upon when they are at their most vulnerable and in need of end-of-life care.

Too little research has been done focusing on the unique challenges faced by the queer community in the United States.  In fact, most national and state surveys fail to identify the sexual and gender orientations of respondents. This creates a challenge in understanding and best providing for the unique care needs of these communities. Most broadly, studies have shown that LGBTQIA+ individuals are less likely than their cisgender and heterosexual counterparts to seek regular preventative care. This is likely due to pervasive stigmas faced by these individuals and a lack of cultural competency related to LGBTQIA+ health. This lack of preventative care is a limiting factor in planning and executing plans for elder care, as many of the necessary early conversations about wishes for care with age are initiated by primary care doctors.

Another unique barrier faced by the queer community stems from more variable and sometimes estranged family dynamics. LGBTQIA+ people are more likely to feel unaccepted or ostracized from their family of origin and are less likely to be married or have children; this often means these individuals look to chosen, non-blood related, family for emotional and physical support needed with age as well as for guidance when it comes to medical decision-making. The role of chosen family, rather than blood-relatives, is less often understood and respected in clinical settings, which can mean desires for care and end-of-life wishes are less often respected for LGBTQIA+ individuals, because wishes are expressed by chosen, rather than blood, family.

Veterans face unique challenges in seeking and accessing elder care services. Many of these challenges stem from mental illness and depression. According to the VA, approximately one in three veterans show symptoms of depression, while less than one in ten of general U.S. population suffer with depression. These numbers are even more startling given the fact veterans are less likely to seek mental health services due to expectations of resilience within the military – which too often translate into an inability or unwillingness to seek much-needed care. As with other oft-ignored populations within the U.S., a lack of primary care services and stigma around seeking care typically means veterans are not having conversations with physicians about care needs and desires for aging.

Homelessness is another massive issue among veterans. On any given night, nearly 40,000 veterans in the United States are experiencing homelessness. These elevated rates of homelessness are tied to mental health struggles, physical impairments, and commonly reported loss of purpose and self after leaving the military. With so many of our veterans in such dire positions, the idea of seeking preventative care, developing an advance care plan or an estate plan, are essentially out of the question. These individuals need greater support in all areas of life and health such that they have the mental and physical capacity to move beyond basic survival needs and plan for their futures.

The three sub-populations identified here each face unique challenges across the care spectrum in the United States. For each of these groups, however, there is a clear lack of support and understanding for those varying challenges. The medical field has much work to do in advancing cultural and socio-economic competency to ensure all Americans have access to affordable, high-quality care. Such competency should be studied and learned throughout medical school, and health systems should make these cross-cultural skills and the knowledge of historically marginalized groups a requirement for any employee working with patients. We at HCG Secure are committed to providing all of our members, regardless of identity or background, with the high-quality support services and resources needed to make aging at home a reality.