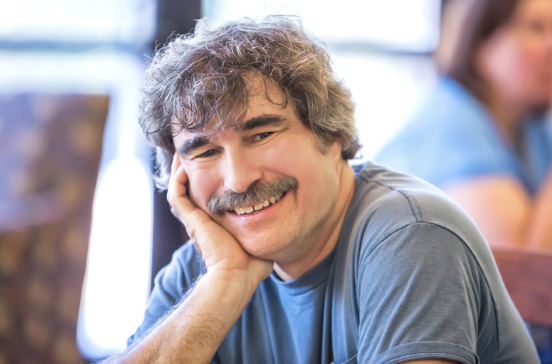 This November, National Family Caregivers Month, we will be sharing a series of stories, real experiences from real family caregivers. These experiences were collected and documented as a series of interviews conducted by HCG Secure and Arctos Foundation.

Stan Horwitz and his sister both live in Philadelphia, close to the house they grew up in, where their father still lived until recently. Like many of us, Stan’s father was resistant to leave his home and was determined to maintain independence; at times refusing to accept help despite a need for help as his health began to deteriorate and his home fell out of maintenance, into disarray. Stan and his sister ultimately found their father, after he had fallen in the home. This moment sent the family into a cascade of doctor’s appointments and financial and emotional responsibility.

Stan and his sister played to each of their strengths in caring for their father. While Stan took responsibility for managing his father’s finances and identifying options for long-term care, his sister helped administer their father’s care and help him with day-today activities. Like many in Stan’s position as a family caregiver, he was overwhelmed by his father’s lack of planning and disorganization. The stress of caregiving led to physical and emotional repercussions for Stan; he began experiencing chest pain from the stress and says: “I was a little angry with my father, he did no planning for any of this… He should have been more aggressive to plan better for his future… He didn’t have a financial plan.”

When he first began caring for his father, it took Stan over 200 hours just to sort through his  financials. When Stan’s father ran out of money, as too many seniors do, Stan faced another mountain of paperwork and phone calls to find options for nursing homes covered by his father’s insurance. Luckily, Stan and his sister were able to remain supportive and organized throughout this process. By asking for help and leaning on family members as needed during such a challenging time, the two were able to manage those tasks they felt most confident with. One of the greatest challenges of caregiving can be in taking on uncomfortable or unfamiliar roles and the Horwitz’s were able to alleviate some of this challenge by each taking on only what they knew they could handle for their dad.

As Stan reflected on this experience, his greatest piece of advice? “PLAN!” With a solid financial plan in place, we can save loved ones and future family caregivers the stress of sorting through paperwork for 200+ hours, and we can retire confidently knowing what care we would seek during a long-term care event and how we’ll afford such care.